As a rule, the Super Bowl doesn’t typically involve pressing public-policy questions. But on Sunday, fans in New Orleans’ Superdome sat in the dark for 34 minutes after the electricity mysteriously went out.

There’s not much reason to think that New Orleans’s efforts to conserve energy — ”The city retrofitted four libraries using an integrative design approach,” enthused the DOE — had much to do with the blackout. But the infrastructure question is more interesting. Could better infrastructure — a smart grid, say — have kept the lights on?

The best we can say is…maybe. Officials still aren’t sure what, exactly, caused the power outage at Super Bowl XLVII. Here’s the latest, fairly vague explanation from Entergy, the local utility: “a piece of equipment that is designed to monitor electrical load sensed an abnormality in the system.  Once the issue was detected, the sensing equipment operated as designed and opened a breaker, causing power to be partially cut to the Superdome in order to isolate the issue.”

In other words, it’s still a mystery.

Partager la publication "Could a smart grid have prevented the Super Bowl blackout?" 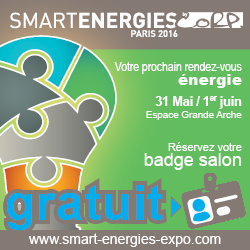 Warning: Use of undefined constant zid - assumed 'zid' (this will throw an Error in a future version of PHP) in /homepages/27/d452592637/htdocs/wp-content/plugins/sublime-skinz-wp/sublime-wp.php on line 117